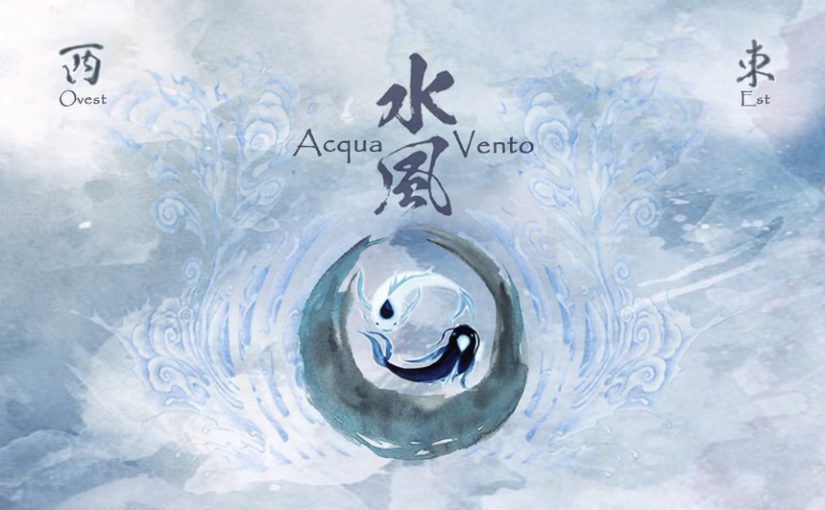 «Sensei Kase was feeling ill, he’d got fever and it was pretty clear. But he was there, sitting on a chair somebody had brought for him… The day after, when they told us that Kase-sensei couldn’t come, resting in his bed, we all felt crestfallen. Well, after few minutes, among all those two hundreds and more people, one climbed on a table and, well visible, whistled to catch everybody’s attention. He subbed for Kase, literally carrying the whole seminar on his shoulders. That very day, my way to think about karate totally changed».

It was 1999 and our Roberto, who told me this episode, was among the participants of that epochal seminar. Who, on the other hand, decided to replace sensei Kase, was sensei Daniele Boffelli.

First time I heard about him was in an anecdote told to explain the meaning of “roundic movement”.

Well, he surely looked like an interesting fellow, this Boffelli; a man who surely had something to say on karate-do. Don’t you fancy to seize the chance and invite him for a seminar here, in Desio?

Sensei Daniele Boffelli (Venice, 1953) begins his path in karate-do at 17, when –he reveals in an interview– he fell in love with the discipline just attending three classes by sensei Bruno De Michelis. Later he went on, substantially following the same path of many other karatekas, even though he did it… accelerating, with extreme dedication and stubbornness (I suppose), working hard every single day and running a bit faster than his comrades.

Soon he got his first dan, then began teaching. More time passes: it is only 1980 and Boffelli was already appointed with several roles and prominent duties in the karate world, nonetheless…

Nonetheless in the meanwhile something weighted inside, something, I believe, he couldn’t give a name but which was digging him deep, infusing doubt and reconsideration. As often happens when you devote body and soul to a discipline, external stimuli weren’t enough anymore.

And when you realize that something is missing, that the activity you offer so much care is somewhere crippled, then you’ve got just two roads ahead: quitting everything (as in: “Goodbye Scarlett!”), or roll up your sleeves and set off a “quiet revolution”, one made of small steps, hard work and much care. To change what is bad, to improve and put everything back there, where your model is.

So it went this way: in his karate-do interiorization‘s journey, it begun as well a journey of critical revise and reconsideration.

Speaking of it now, it seems easy; but there’s no doubt that, for Boffelli, his years of meditation were anything but painless: in the end, it was a matter of taking stuffs which were taught that way, scramble everything and rearrange it in order to have a novel and original product. As in school, when the subject is wide and structured, you’d better start with a synthesis.
Which is the very name sensei Boffelli chose for his teaching.

By following a very… Milanese approach (we Milanese would say), actually rather Venetian (historically it came long earlier!), Boffelli focuses on the efficiency of the movement, on its technical efficacy tightly bound to the biomechanical physiology. We’re not saying he teaches using ruler and goniometer (at least, I guess), but he might.

There are no dogmas such as: “Super-galactic sensei So Andso said so, so we oughtta do so”; instead a constant search and experimentation, obviously setting out from the firm bases of anatomy and refining more and more.

Even by trials and errors, there’s nothing bad about it: just throw away what’s wrong and keep what’s good.

Here you can feel sensei’s past in gymnastics, art where each single movement is accurately, scientifically studied, in order to minimize the energetic waste and maximize the outcome –without creating any harm to the body.

Despite recent Olympic success, karate is not, in my opinion, a sport. It is a life-long art, made of study and research, external work and introspection, something which conditions every single bit (or so) of your life. We wrote about it in another article.

If you think it is worth to know his point of view, we’ll be waiting for you on September 18.