Gym at Primary School, via Prati 20 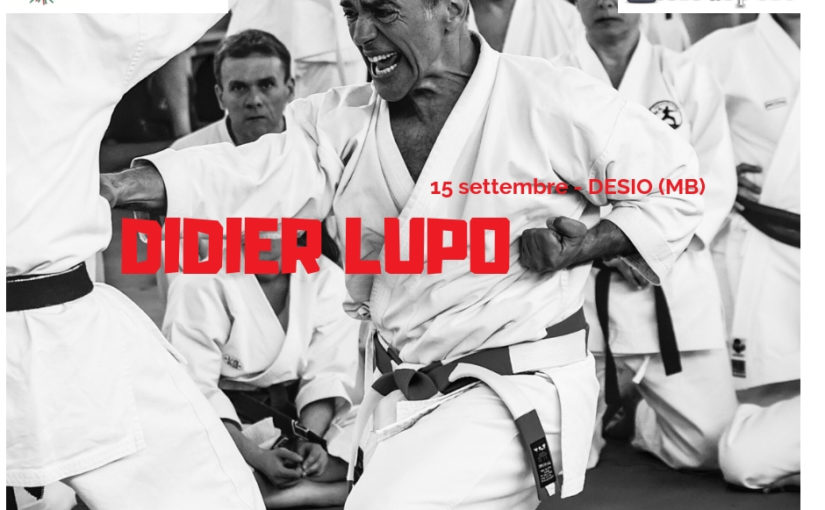 In September, on the 13-14-15th, during the Desio Sport Festival (which is now at the fifth edition), the executive committee Desio&Sport invited (ehm, well, it was its veeeery-insisting- member-Roberto-Colombo’s fault, do you know him?) the French sensei Didier Lupo, for a seminar open to all martial arts’ practitioners.

Sensei Lupo is very popular both in Italy and in France (of course), where he currently has his dojo (it’s in Marseille, for who wants to go, there it is the address).

His style is a very pragmatic karate, rather close to the original spirit of self-defense. Furthermore, he focuses a lot on the pace and the timing of fighting.

After being European Champion in kumite, at the end of the ’80s of last century (last century? Geez, so long ago!), Didier Lupo started to teach, at the same holding major duties within the French Karate Federation. In the years 2000, thanks to YouTube and the web, Lupo sensei reached an even greater audience, tailoring a series of videos about Shotokan katas.

We met sensei Lupo several times in the past, since the unforgettable seminar of Seveso (MB) in 2015. His teaching is always valid and it’s surely worth a chance if you never met him.

Trust me, you won’t be disappointed. So, come!

For now, have nice holidays and… see you very soon!