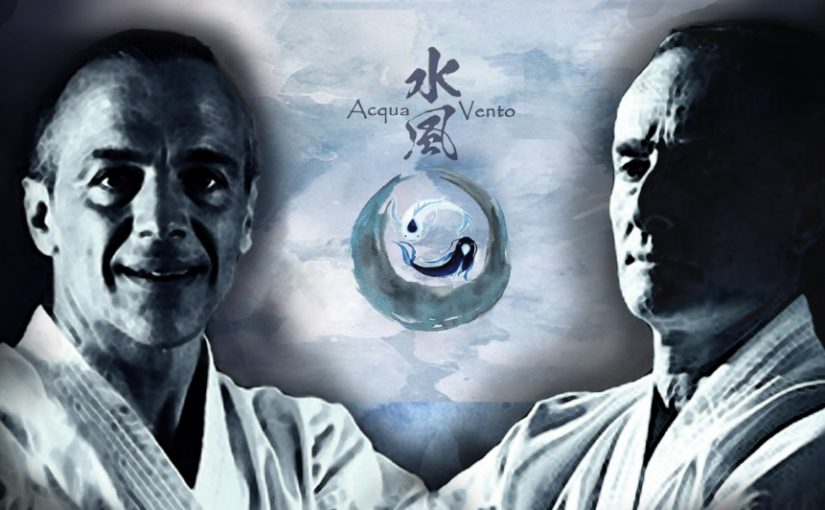 A week has passed since Acqua&Vento seminar, and we’d like to make some cold reasoning.

Satisfaction was high, both from the technical side and the people side; the feedback we got from attendants generously paid back all the efforts for the organization.

A bit of chronicle…

Saturday morning begins early, with the “staff” running around from gym to gym to collect a conspicuous number of tatami and set up the space in the Municipal Sport Centre of Desio, turned into a dojo for the event. We’d like to thank Mauro Brescia sensei, president of A.S.C. Monza-Brianza, and Simone Pappalardo sensei, of Vo Kin Dao, for lending us all the necessary tatamis; then, a grateful thank goes to the manager of ASD Tennis Desio, Mr. Oscar Zanchettin, for the availability of the tensile structure.

Just the time to welcome our first guest, Daniele Boffelli sensei, and we were ready for the big start. With great physical effort and team work, our KCK boys had feet on the ground to receive the first attendants, among whom was, with all the modesty of a true karate practitioner – a honor for all of us – the great Nadia Ferluga sensei, eager to follow under the lead of Daniele Boffelli.

At 4:30 pm, official ritsu-rei makes all the work begin. It immediately gets into the thick of the Synthesis way, the method developed by Boffelli sensei.

In the meanwhile, our second guest turned up: Didier Lupo sensei, who was really interested in the technical proposal of Mr. Boffelli. After about three hours and half of hard work, intense but not destructive, it was already 8:00 pm. A few minutes for pictures, another few to change clothes, and we left for the third half… Everybody (or so) at the restaurant table!

It was a very convivial and lovely dinner. The two main characters, sitting one in front of the other, talked with everyone about everything, main subject, of course, karate! Nearly a second lesson, because each of them brought his own tale and experience: an honor and a privilege to sit next to them.

But it is time to go to bed! Tomorrow it’ll be hard work again!

On Sunday morning it’s been a wet night, prelude of a… quite rough day (from the meteorological point of view).

After saying goodbye to Boffelli sensei, who left to his Venice, it is now the time for Lupo sensei. The athletes arrive on time, and at 9:00am the ritsu-rei rings the start.

It has a different pace (as it should be), and a basic work on fundamental and precise points, the activity planned by Didier. Two hours quickly flow and, after a short break, we’ll begin the last part.
It is time to practice on a kata that Lupo sensei learned during his youth, teaching it with his personal view. After another two hours, it is 1 pm.

Tired, sweated, but happy to be together.

After the lunch-break, even Lupo sensei leaves, making his route to the West, towards Marseille.

The last person leaves, almost unwilling, around half past three(!), but it’s not over, yet…

There is still a lot to do, to restore the tennis court to its original purpose, and to deliver 400-odd tatami to their legitimate owners.

It is now 10:00 pm. A sandwich and roasted potatoes help us to end this adventure.