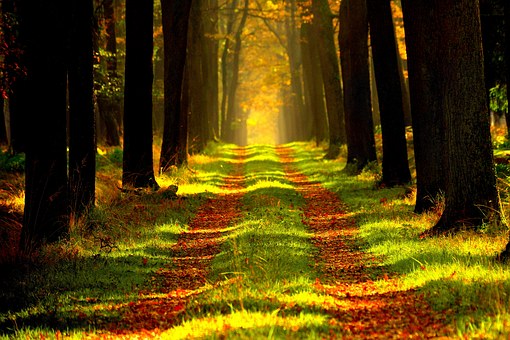 It really happened, I swear. A guy asked once: «I know all of the karate styles, but this DO style… dunno. Never heard of it. Did you invent this karate-DO?»

First of all, congratulations to that man who knew all karate styles, but… this Do, with those styles, well, has absolutely nothing to do. To be a shade more fastidious, we should write it dō. For the ones who know a bit of Latin, it may sound familiar. Practically, you pronounce it with a long o, which ends in a kind of u. Like a “doou” if you like; that reminds me of Homer Simpson…

It is a very common word, as much as our “road”, and it has a lot of figurative meanings as well. «Implicitly referring to a walking man, the character [道] thus denotes an itinerary, a travel, or even a process which from physical becomes interior and ethical.» [ibid.]

The Meiji Restoration begun in 1868. Japan opened its borders (and its society) to the Western world. Martial arts were not, at that particular time, well seen by high government eminences: an inheritance from an uneasy past, rulers thought they would have blocked the modernization of the Country. Luckily, a compromise was reached: «fighting arts […] switch from the classical name of bujutsu 武術 (martial techniques) to that of budō 武道 (martial way), to mark the the overtaking of a purely technical dimension, oriented to efficacy, in favor of an introspection.» [ibid.]

To simplify, bujutsu 武術 was the samurai warrior’s toolbox, who, in case he lost his weapons, had to use hand-to-hand struggling techniques.

Thanks to this shift in the way of thinking, martial techniques became martial arts: not finalized to the outside anymore, to gain supremacy or defend one’s own life, but rather finalized to one’s own inside, to expand one’s life.

«In Japanese, jutsu 術 classifies an ability, even but not only artistic, or a technical capacity; dō 道 indicates the underlying method, which together with the moral aspect, transforms the person in his wholeness. […] Dō 道 is thus translated with “way”, “method” or “discipline”. Rather than a specialist refinement, it points out an ability of self-education, a development of the human being.» [ibid.]

So, I’d like to emphasize the leading role of this dō.

When you learn (or, most of all, you teach) karate, dō becomes a learning path. On its own, karate is very simple: a movement like protecting one’s own face is pure instinct. With training, it is formalized in a precise technique like as 上受け (age-uke).

To build a good technique, you need time and patience. Elemental segments unite to create a chain with a complex sequence. The building path is our dō.

Each chain ring is a movement which must be refined from something that is unpolished and instinctive. The continuous repetition of the technical gesture – that sometimes looks like for its own sake – allows its enhancement.

Japanese culture is very rich with this.

Many times, I ask myself whatever might be the best way to teach someone with a technique. I don’t really like to use the words Eastern and Western in juxtaposition, but now it’s mandatory. The main difference between the way of teaching martial arts in the West or in the East is that, there, teachers (at least, the major part) don’t explain: they show. It is duty of the pupil to imitate and understand the essence, the principle underlying the technique just shown.

«For the ones who learn the Way, it is fundamental to practice by strictly following the model, and it is believed it is not useful to express one’s own creativity or imaginativeness. At least during the learning path, individual freedom is discouraged», wrote professor Jin’ichi Konishi, author of a History of Japanese Literature.

Here in the West, on the contrary, we believe in speech, in explanations. We Cartesianly decompose the learning process in elementary fragments, trusting it will work, because it is the way we were taught in school, in society and so on. We build our path rich of signs about how to proceed.

Which is better? I don’t have an answer. The efficacy of a methodology is measured within its achievements. They simply are different ways, but the two Ways lead to the same destination.

And, please, don’t forget that sometimes a road is not enough: you’ll also need a compass.